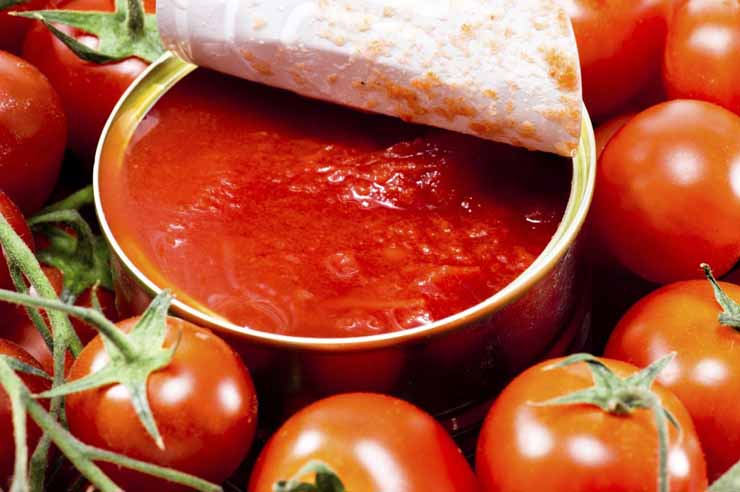 Though fresh organic tomatoes help the body resist infections and actually fight cancer, canned tomatoes are carcinogenic (cancer causing) food. Mostly because the lining of food cans contains Bisphenol A (BPA) which is considered a harmful substance by Canadian Cancer Society.
Tomatoes are especially bad in cans because they are acidic which promotes leaching of chemical BPA out of the lining into canned tomatoes. Another reason this unassuming food isn’t as healthy as we think is that tomatoes are heavily sprayed with pesticides. Since the skin of tomatoes is thin and absorbent, it is now included in Dirty Dozen food list. So it is better to consume tomatoes fresh and organically grown.

Research studies have linked it with cancer in laboratory animals as a cancer initiator and promoter. Another sweetener, aspartame is widely used in soft drinks. Furthermore, research studies found it caused brain tumors in lab animals.

Sodas also happen to be quite acidic, and when packaged in aluminum cans, can leak quite high amounts of aluminum. Aluminum itself has been connected with weakened gastrointestinal tract and with Alzheimer’s disease, there are increased aluminum levels in the brain tissue. 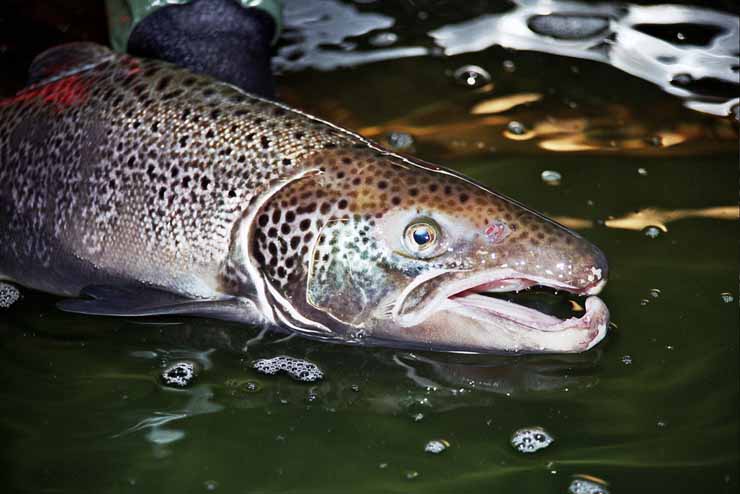 We tend to think that eating fish is very healthy, especially cold water ones like salmon because of high omega-3 content. The omega-3 essential fatty acids found in saltwater fish come from a diet of deep-water plankton and smaller fish. Farm-raised species of fish do not have such high omega-3 content. That is because farmed fish are usually fed an unnatural diet.

Also,  they are contaminated with antibiotics, pesticides, chemicals and other cancer causing substances. These farmed fish have been shown to have higher levels of polychlorinated biphenyls (PCBs), a group of industrial chemicals. Synthetic pigments (canthaxanthans) are often added to the fish so that it gets its pink color, while in the wild it happens naturally [3]. 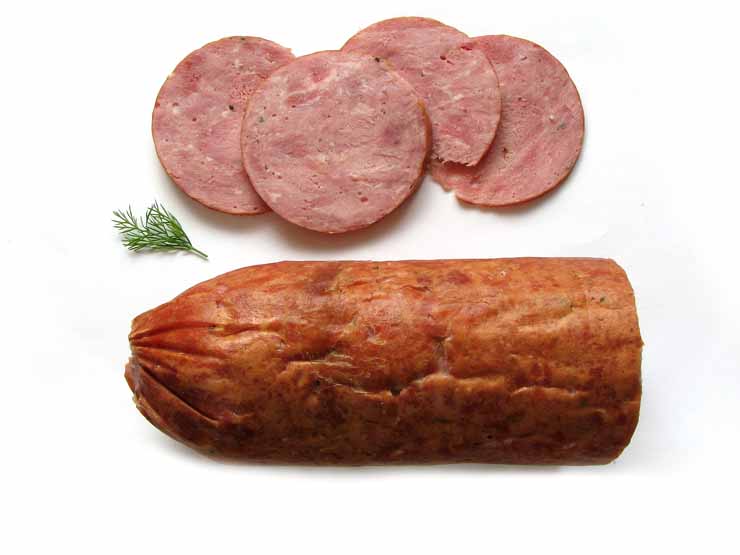 Processed meats include bacon, sausages, hot dogs, deli meats, beef jerk, ham. These meats have been modified to change their taste or to extend shelf life, to do this the main methods of processing are smoking, curing, adding salt and preservatives.
Recently the World Health Organization (WHO)’s International Agency for Research on Cancer (IARC) announced that consumption of processed meat is “carcinogenic to humans”. Twenty-two experts from 10 countries reviewed more than 800 studies to reach their conclusions. They found that eating 50 grams of processed meat every day increased the risk of colon cancer by 18%. That’s the equivalent of about 4 strips of bacon or 1 hot dog. Cancer causing chemicals form during meat processing. These include N-nitroso compounds and polycyclic aromatic hydrocarbons (PAHs). 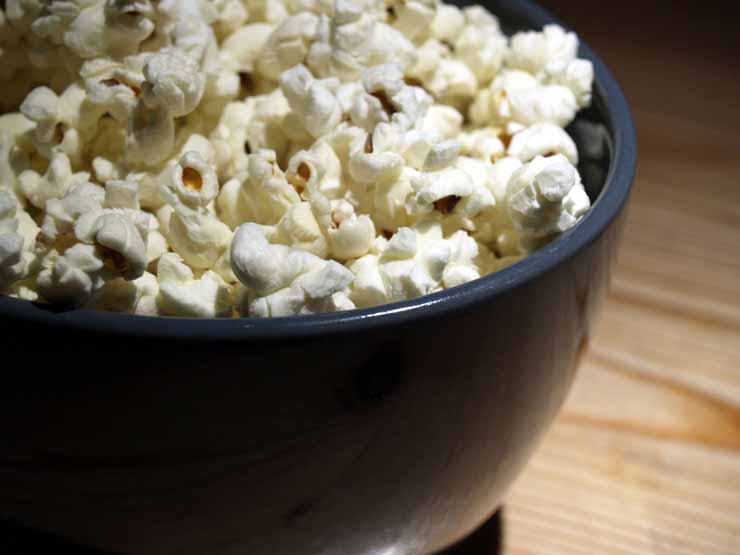 While popcorn is so convenient snack, you should be aware of negative health impacts of microwave popcorn. The bag inside is lined with a non-stick coating,  and the chemical used in the lining, as well as in Teflon coating, decomposes, producing a dangerous compound called perfluorooctanoic acid (PFOA). PFOA is a known carcinogen, which is toxic to the liver, immune system, and affects hormones as well as altering thyroid hormone levels, studies suggest. This chemical has been associated with increased risk of certain cancers, including liver, bladder, kidney and prostate cancer.

As for the popcorn itself, it can be a healthy snack if it is non-GMO organic air popped (not microwave) product. When air-popped and prepared the right way (not smothered in unhealthy fats, artificial flavorings and high amount of sugar and salt) it is naturally low in calories and high in fiber. 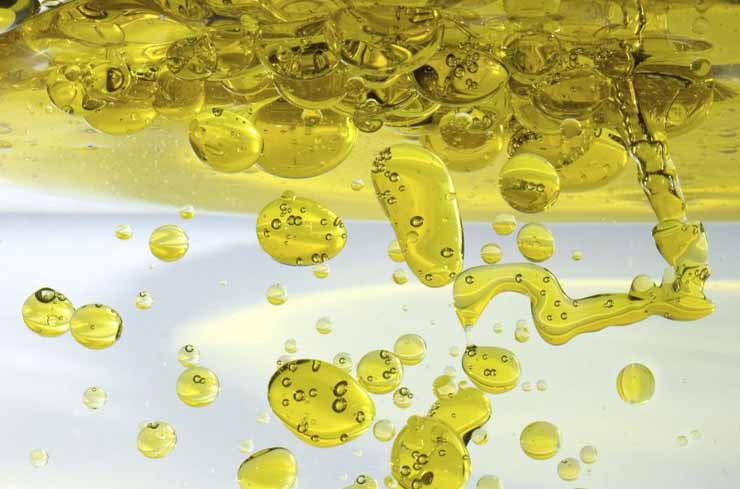 During the process of hydrogenation, a canister of hydrogen gas is positioned below a vat of oil, and under controlled circumstances, the hydrogen gas is allowed to bubble up into the oil. In this way, the oil is soaking up more hydrogen, and unsaturated fat is transformed into saturated ones [2]. This transformation produces a semi-solid fat (most margarines, vegetable oils), and the shelf life is extended. Business benefit is great but the health cost is significant!

Hydrogenation transforms some of unsaturated fatty acids into trans-fat. Even the FDA has stated that trans fats are not safe for consumption. They increase blood cholesterol levels, as well as the risk of atherosclerosis (hardening of arteries). They can act as irritants, generating free radicals, which increases the risk of cardiovascular disease and cancer.

The products with hydrogenated oils include margarine, most chips, vegetable oils, and many manufactured baked goods, such as crackers, cookies, etc. The natural food brands that avoid hydrogenated fats are a better choice. 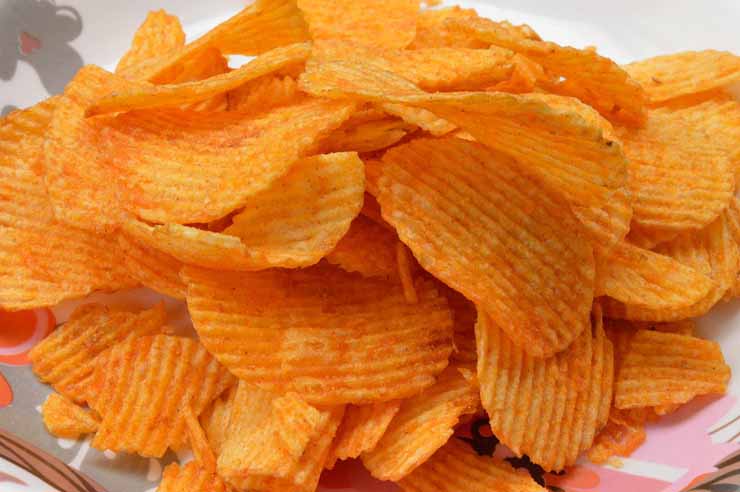 Being one of the most popular snacks, potato chips are cheap, tasty and very convenient to munch on. However, they usually contain artificial flavors and colors and numerous preservatives. They are very salty and their high sodium levels can cause high blood pressure issues for many people. Moreover, potato chips are high in fat and calories and can help to gain excess weight. They are also full of trans fat, which are really bad for your health, reports say, and can cause high cholesterol in most people.

Potato chips are prepared at very high temperatures, which creates Acrylamide, cancer causing chemical. According to American Cancer Society and European Food Safety Authority, acrylamide is a carcinogen. Evidence from animal studies shows that acrylamide can damage DNA and cause certain types of cancer.

Healthy alternatives to potato chips can surely be dehydrated apple or banana chips. Try them, they are also tasty and crunchy! 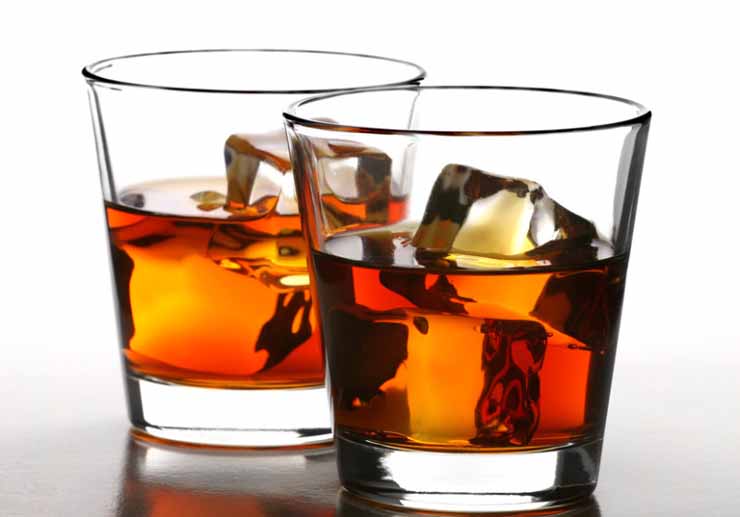 You may be surprised to find out that drinking alcohol increases your risk of developing many types of cancer, including cancer of the breast, colon and rectum, esophagus, larynx, liver, mouth and pharynx, as per Canadian Cancer Society. These risks are increased when alcohol use is combined with cigarette smoking.

Alcohol abuse is also associated with poor diet and many nutritional deficiencies. In our bodies, alcohol (ethanol) is converted into a toxic cancer causing chemical called acetaldehyde. It can cause cancer by damaging DNA and stopping our cells from repairing this damage. The International Agency for Research on Cancer has classified acetaldehyde formed as a result of drinking alcohol as the cause of cancer, along with alcohol itself.

Though the occasional drink may be even beneficial and lead to a reduced risk of heart disease, excessive drinking has a detrimental effect on your health. Studies suggest, that the less alcohol you drink, the lower the risk of cancer. 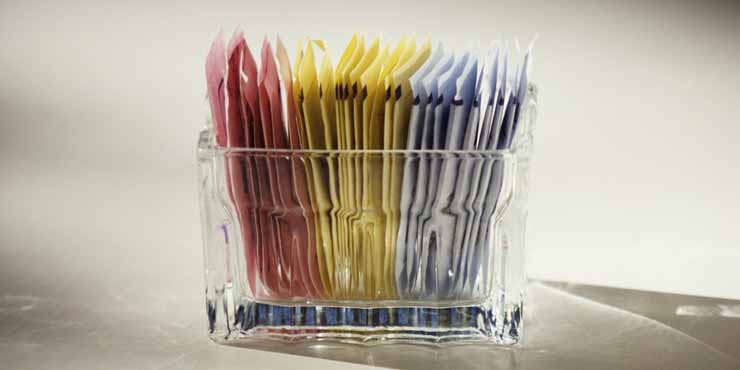 Among all synthetic artificial sweeteners, aspartame (NutraSweet) is most widely used. It can actually be a neurological irritant and can affect the user’s mood and energy. Studies have found intake of aspartame to be associated with migraine headaches and increased risk of brain tumors in animals.

A better choice would be to use a moderate amount of natural sweeteners like maple syrup, honey, molasses, stevia. 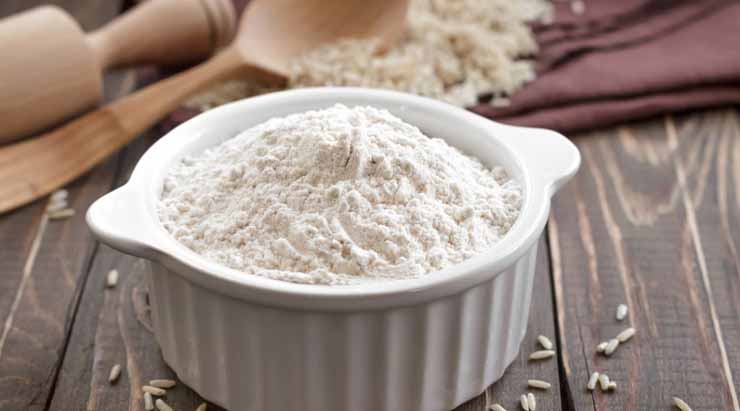 Nearly everyone nowadays knows that white flour is not good for your health. It can encourage weight gain and is a main cause of obesity when overeaten. Refinining grains and flours creates the loss of nutrients and lowers fiber content which can lead to a variety of digestive problems such as constipation, but do you know that bleaching (whitening of flours) makes it really bad for you?

Chemical treatments to the flour to make it white results in the formation of alloxan in the flour. Alloxan is a toxic contaminant causing diabetes. It is actually used in labs for causing diabetes in healthy animals so that the researchers can experiment with treatments for diabetes. White processed flour has a high glycemic index which quickly raises the blood sugar level. Cancer cells feed mostly on the sugars in the bloodstream. So avoid refined carbohydrates such as white flour and white sugar, as they can encourage cancer growth.

As an alternative option, there are many delicious whole-grain products now available, including breads, cereals, pastas, cookies, crackers. 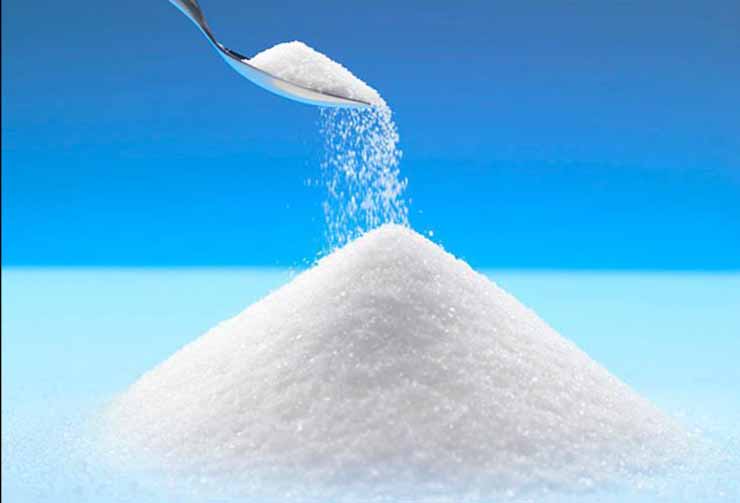 Though glucose is required by our brain and every cell for normal functioning, researchers say sugar feeds cancers. Especially those highly refined products are bad, such as white sugar and high-fructose corn syrup. The reason for that is that they are metabolized by cancer cells most quickly and easily.

To sweeten your meal, the healthier option would be using a moderate amount of natural sugar, such as honey or pure maple syrup or simply sweeten with fruits. 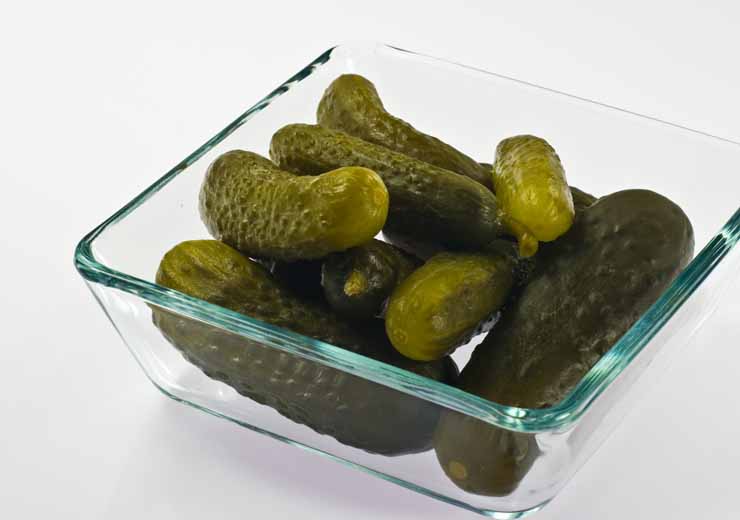 Highly salted pickled foods may influence stomach and digestive lining. Furthermore, these foods can be very high in nitrates and nitrites. Nitrates and nitrites may convert to cancer causing nitrosamines in the body, which damage DNA cells.

Studies suggest, that people whose traditionally diet includes lots of salted-cured or pickled foods are more susceptible to stomach and nasopharyngeal cancers.

As a healthy option, you can make fermented (pickled) foods at home controlling the amount of salt you are using. 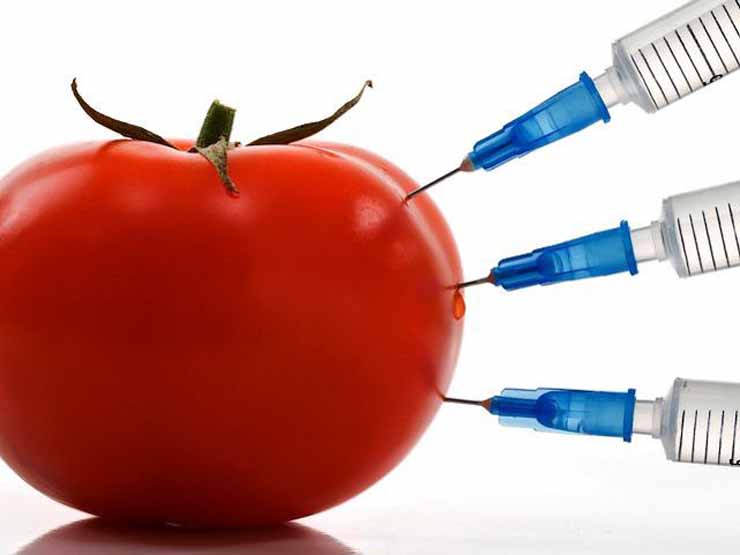 GMOs are genetically modified products, which are created by inserting DNA from another species. They do this in order to enhance the desired traits of a product. For example, tomatoes are modified to increase shelf life and resistance to pests and some protein genes are added to zucchini to protect against viruses. The research links GMOs to cancer, liver and kidney damage and severe hormonal disruption. Though there are still debates on this topic.
Unfortunately, there is no requirement to state that the product is GMO on food labels in Canada and US. So one of the best strategies would be buy organic foods and meats from grass-fed animals. You can also look for labels such as NON-GMO or GMO-free products. 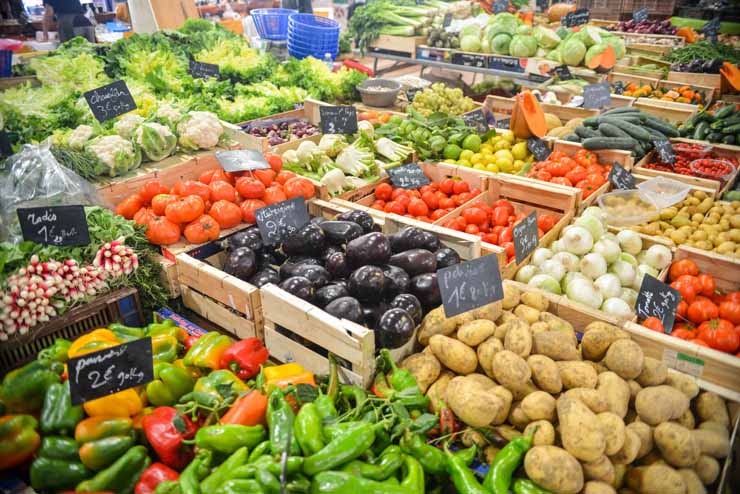 “Dirty” fruits and vegetables are those that are most contaminated with pesticides. Canadian Cancer Association says that the research suggests a possible connection of pesticides with cancers such as non-Hodgkin lymphoma, multiple myeloma, chronic lymphocytic leukemia, and prostate, testicular, pancreatic, lung and non-melanoma skin cancers.

According to the studies of pesticides and childhood cancer, there is a possible connection with leukemia and non-Hodgkin lymphoma.

You can protect yourself and your family by knowing “The Dirty Dozen list” and buying organic at least the most contaminated as much as possible.

1. Meat Raised with Hormones and Antibiotics 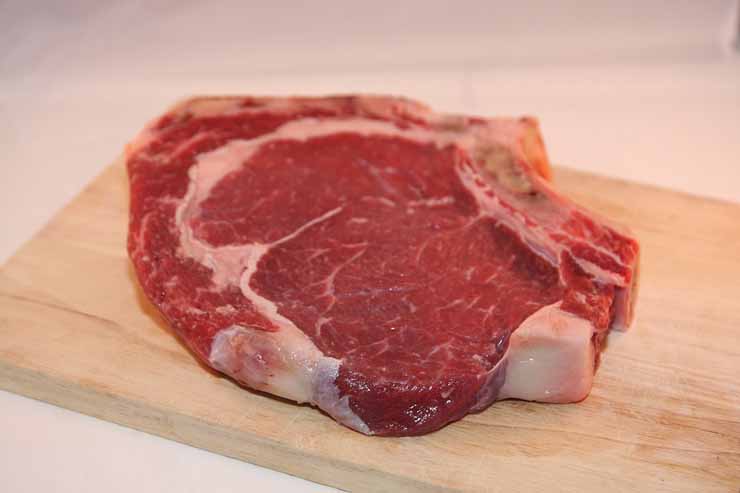 Various hormones are used to increase weight of animals, while antibiotics are used to compensate for bad conditions and to prevent any illness, some of them promote growth as well. The use of hormones and antibiotics in food-producing animals has provoked many concerns about their effect on human health.

There are a number of studies that suggest that hormones and antibiotics in meat are not safe for consumption.  In 1989, The European Union banned the sales of hormone-treated US meat in member countries. On top of that, most of estrogenic hormones are carcinogenic (cancer causing) in humans, especially in women [2].

The safer option here would be to enjoy organic or grass-fed/pasture-raised meat. It reduces your exposure to traces of antibiotics and artificial hormones that are given to conventionally raised animals. It also reduces exposure to toxins from pesticides that might accumulate in animal fat.