KAMPALA– Bridging over a swamp fully covered with green weeds, the 1,450-meter-long Nambigirwa bridge in southern Uganda is one of the longest bridges in East Africa.

The bridge is part of the Chinese company-built Kampala-Entebbe expressway that links the Ugandan capital Kampala and the country’s main gateway Entebbe International Airport.

The whole expressway project consists of a four-lane dual carriageway with the length of 49.56-kilometers, bridges, major interchanges, underpasses and toll plazas. 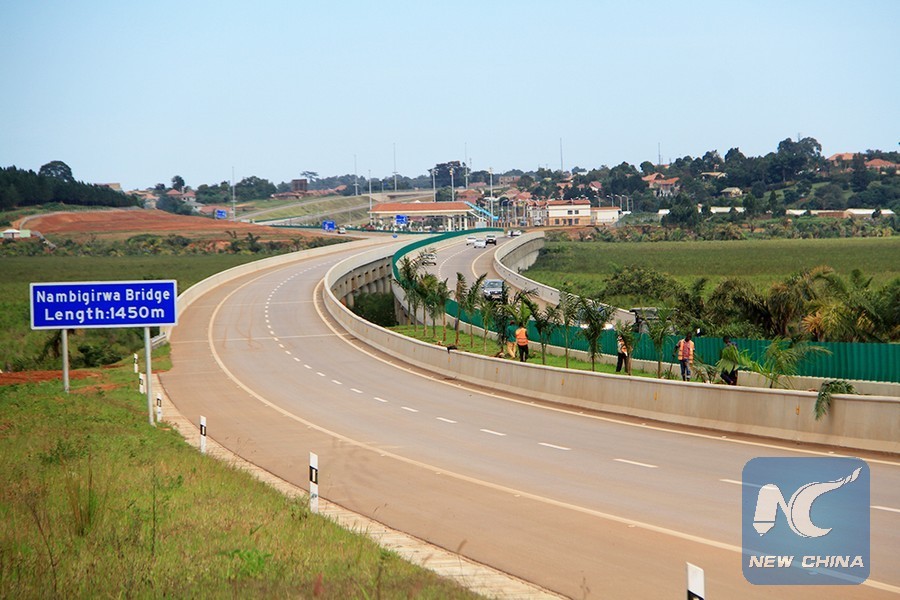 Photo taken on June 12, 2018 shows the 1,450-meter-long Nambigirwa bridge in southern Uganda, which is one of the longest bridges in East Africa and also part of the Chinese company-built Kampala-Entebbe expressway that links the Ugandan capital Kampala and the country’s main gateway Entebbe International Airport. (Xinhua/Zhang Gaiping)

Currently, the expressway is capable of being open to traffic and is in trial operation.

Funded by the concessional loan from China, the expressway is expected to alleviate problems in terms of travel time and comfort, and to enable people to do business more efficiently, according to Edward Katumba-Wamala, Ugandan Minister of State for Works.

Over the years, travelers passing through the Entebbe airport have increased hugely, and the number of the travelers is likely to increase with time, Wamala told Xinhua.

One of the pains people are facing when travelling to and from the airport is that at times they would miss flights because of using a narrow road, Wamala said. 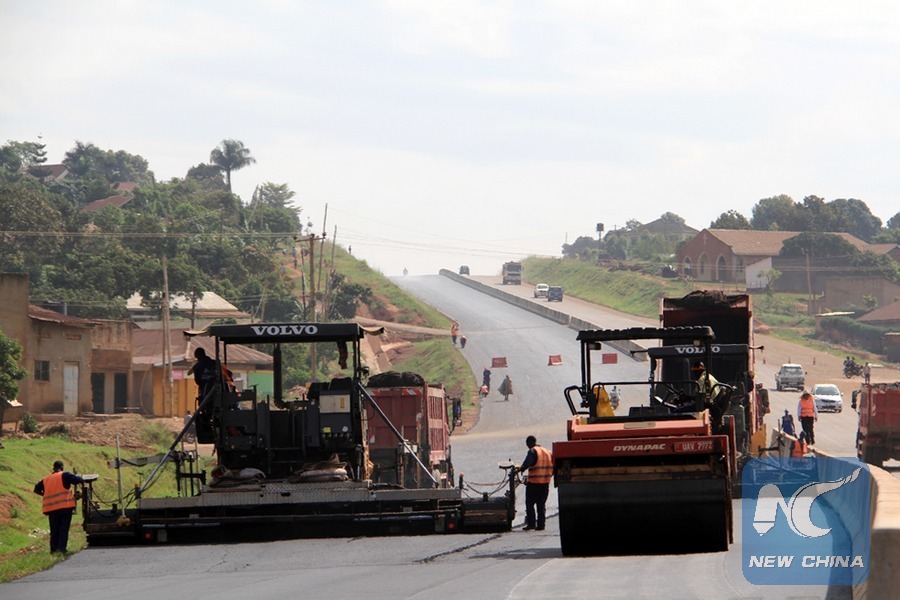 Photo taken on November 11, 2017 shows workers go about their construction work on part of the Kampala-Entebbe expressway in the Wakiso district, south of Uganda’s capital Kampala. (Xinhua/Zhang Gaiping)

In order to deliver the project on time with high quality, the Chinese company deploys sufficient staff and equipment to the project, attaches great importance to the project management and works closely with Ugandan side, said Li.

During the implementation of the project, the Chinese company is also committed to localization, cultivating Ugandan employees through trainings and skill transfer, he said.

According to him, the project employed around 2,000 locals at its peak and the ratio of local employees to Chinese employees is about 10:1 throughout the constructing process.

The expressway has been highly anticipated by locals.

“Along the old road, there are several places that you may get caught in traffic jams. When you are on the new expressway, you will not get traffic jams,” said Michael Mpungu, driver of a private company.

“It used to take about two hours from the airport to Kampala, because of a lot of traffic jams … Now when you use the new one, it takes 30 to 40 minutes,” said Herbert Tumusiime, a driver of the expressway project.

“Many people are asking me about the road, they are eager to use it,” he said.