Diving? Sailing? Which Tanzanian island is for you?

The difference between Zanzibar, Mafia and Pemba 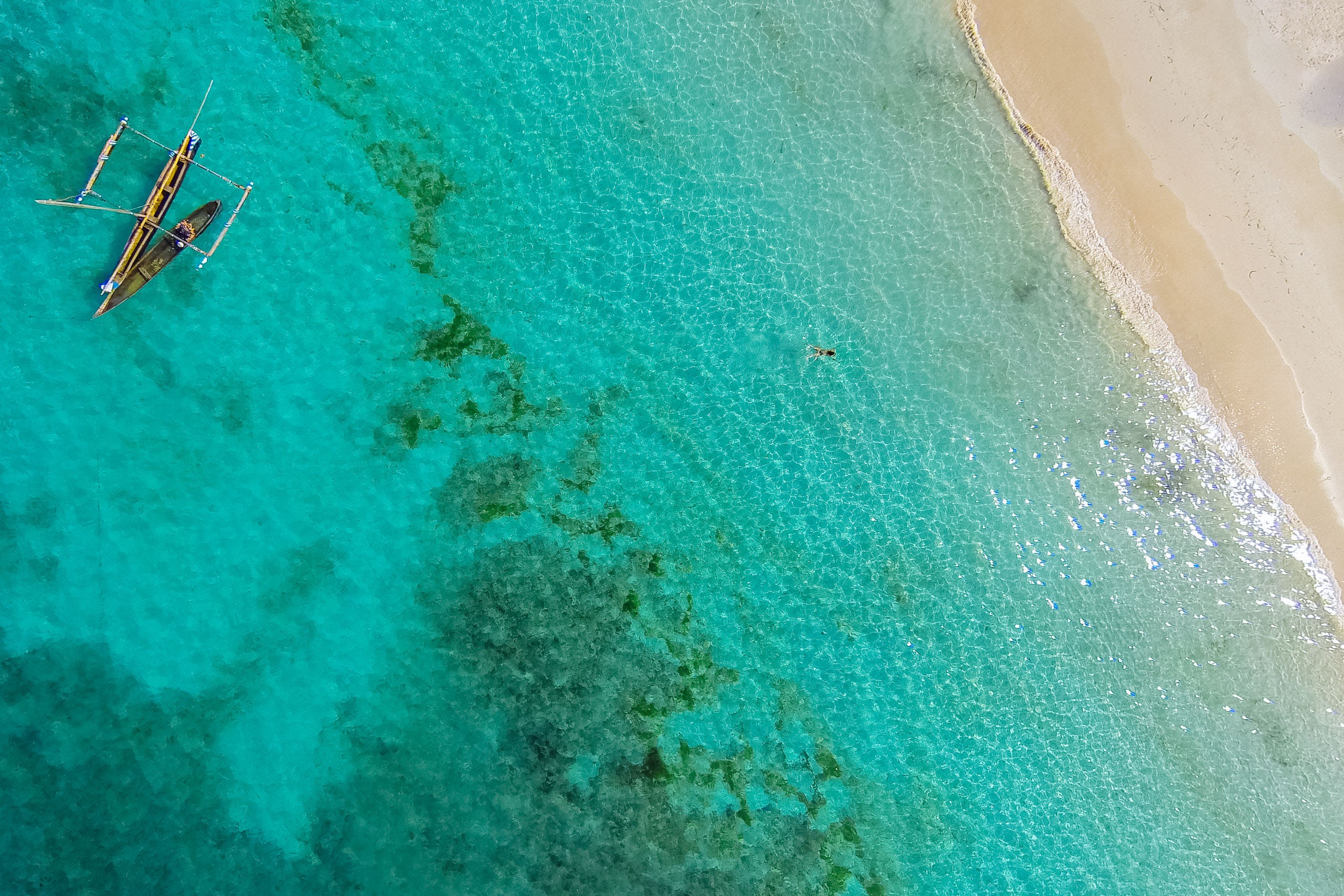 If the thought of those early safari mornings has you booking another holiday faster than you can say ‘Where’s the coffee?’, how about hopping over to the coast for some beach-side R&R – and a few more hours of shut eye! Tanzania’s islands, Zanzibar, Mafia and Pemba, are all strong contenders for the perfect beach getaway, but each has its own quirks and smirks, charms and challenges. Here’s our guide to what’s what on the islands, and which one might be your perfect safari add-on… 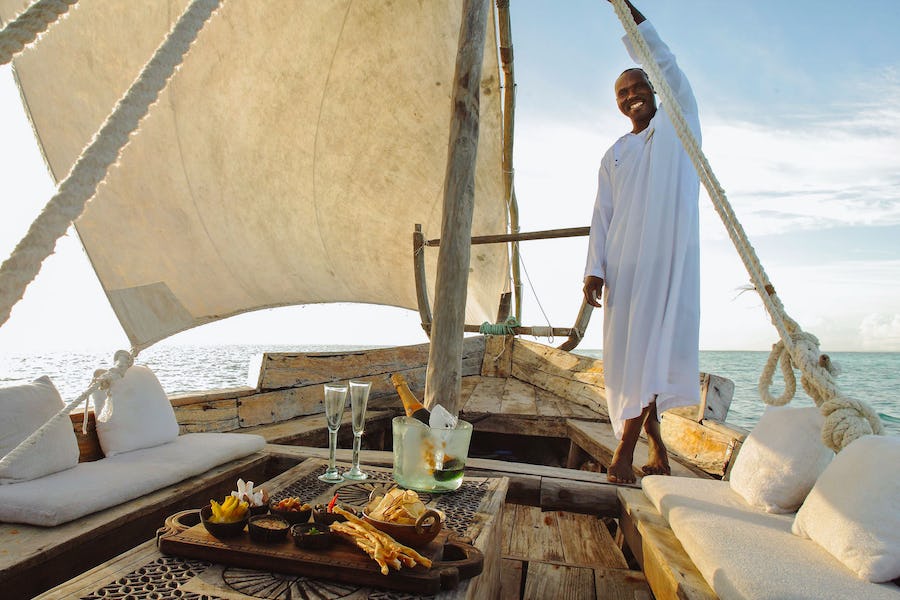 The most famous of the Tanzania islands (and the largest), Zanzibar has been tempting travellers long before beach holidays were even a thing. An old trading port on the East Africa spice route, the island is a melting pot of cultures and enchanting traditions, but with all the ingredients for a beach holiday that you won’t forget in a hurry. That’s endless, shimmering beaches, clear waters that are a pleasant temperature year-round, and flaming sunsets, best viewed from the roof-terrace of your rather lovely hotel. 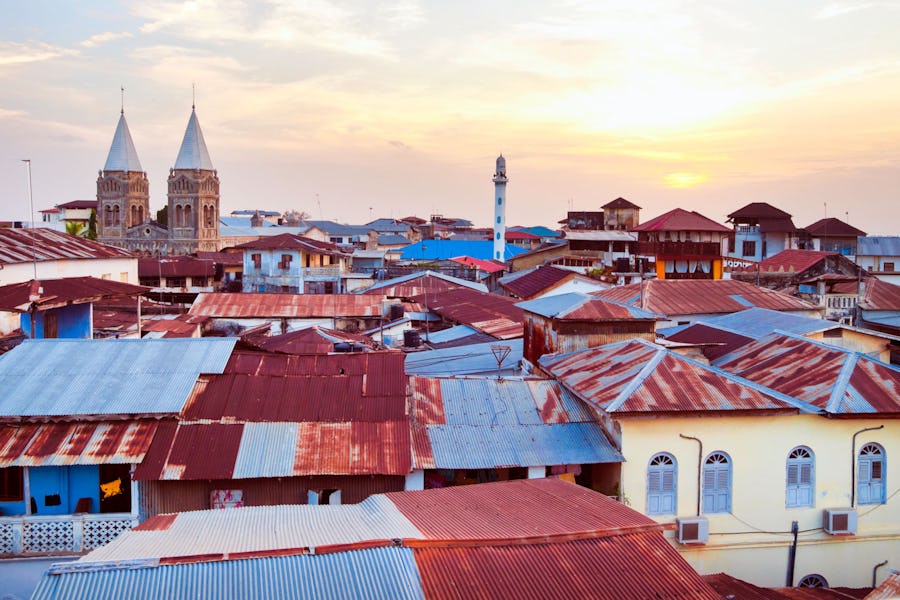 Zanzibar is by far the most easily accessible of the Tanzania islands. It’s only one short flight from Dar es Salaam, so if you’re keeping track of time or just looking for a quick and easy hop, Zanzibar is the one. If the thought of sunbathing sends a chill down your spine, it’s also a good option – spend a morning getting lost in the cobbled alleyways of Stone Town, sail across the horizon in a dhow, take a spice tour, learn to kitesurf…  If that wasn’t enough, there’s accommodation to suit just about every style, budget and desire, whether you’re honeymooning, exploring solo or have the kids in tow. 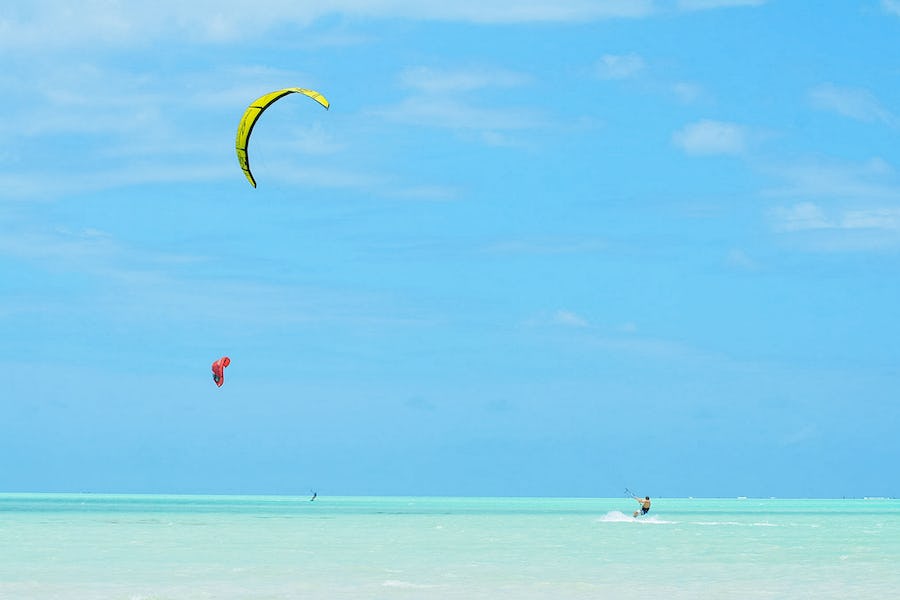 Zanzibar’s popularity may be its downfall, and it can feel busy and bustling at times. But a little research goes a long way, and there are still plenty of places that have avoided the long arm of tourism and retained their charm and quirkiness; choose carefully and this is still one of the most magical ‘bush and beach’ combinations out there. 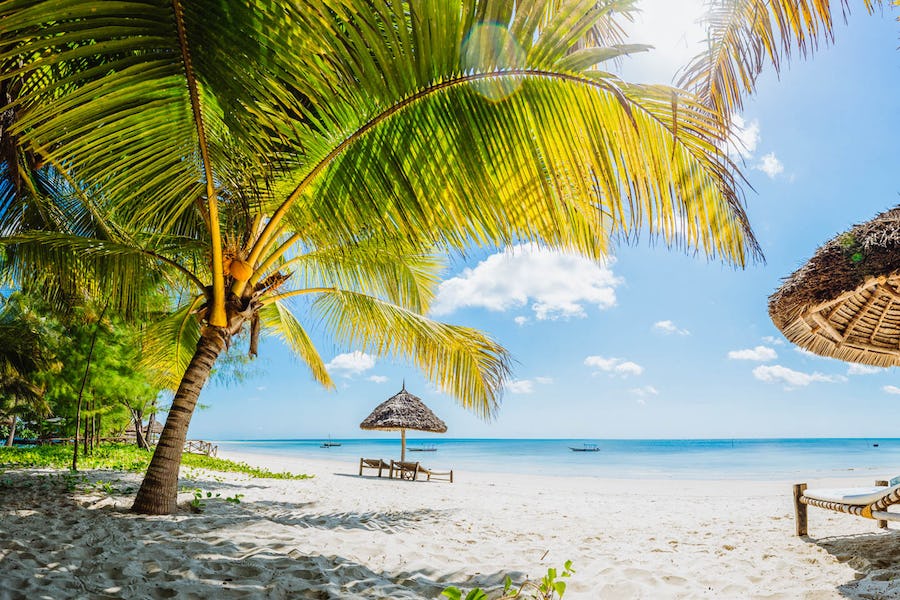 Mafia Island and Archipelago is a serene and exclusive hideaway for travellers in the know. It’s widely acknowledged as one of the best dive spots in the Tanzania islands (possibly the Indian Ocean!), and the surrounding marine park is breath-taking in every sense. It’s a place of adventure, and as well as diving, days are spent exploring tiny, jungle-clad islands, swimming in hidden bays and breathing in the nature, seclusion and beauty of the surroundings. 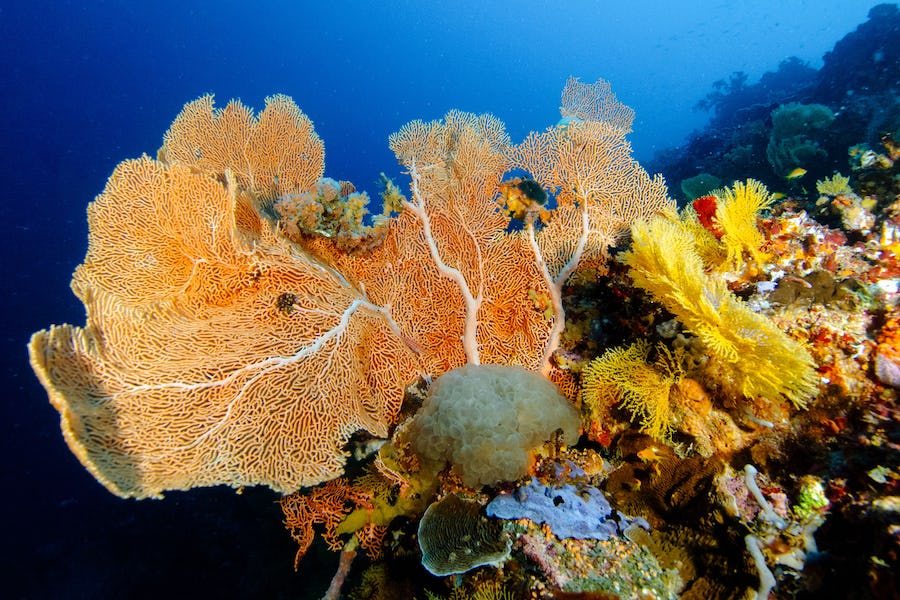 Mafia truly is a diver’s dream, and the marine park offers everything from challenging dive walls to sheltered bays that novices can float around in. Get your timings right and there’s some serious bucket-list worthy marine experiences on offer too. From October to March, that’s snorkelling and scuba diving with whale sharks, and from June to September, you might spot turtle hatching on the beach. The lodges on the island are truly excellent, and will provide everything you could possibly need from diving equipment to spa treatments to barefoot dinners under the stars. 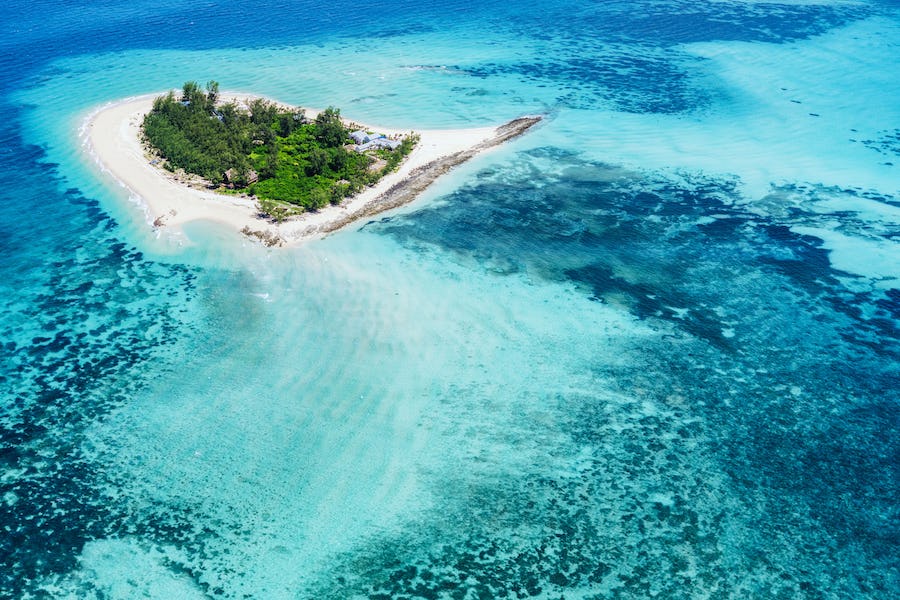 Whilst the diving in Mafia pips Zanzibar to the post as some of the best in the region, the beaches lag behind. But if you’ve got your heart set on proper, sparkling-white sand, don’t panic; the teeny-tiny neighbouring islands have got it in spades. 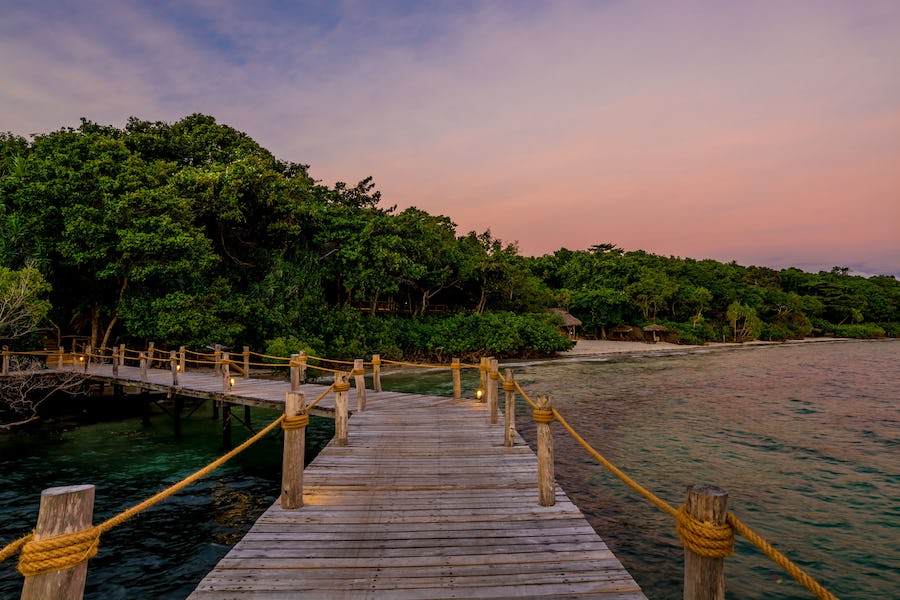 Smaller, wilder and, some may say, a good deal prettier, Pemba is the little sister of the Tanzania islands. So little, in fact, that she often gets forgotten – but consider that a plus! It’s a quiet, easy-going sort of place, so far removed from modern-day stresses and other people that you’ll forget either ever existed. There are historic fishing villages dotted around the banana and coconut plantations, miles of undeveloped and gob-smackingly beautiful coastline to explore and only a handful of lodges to share it with. 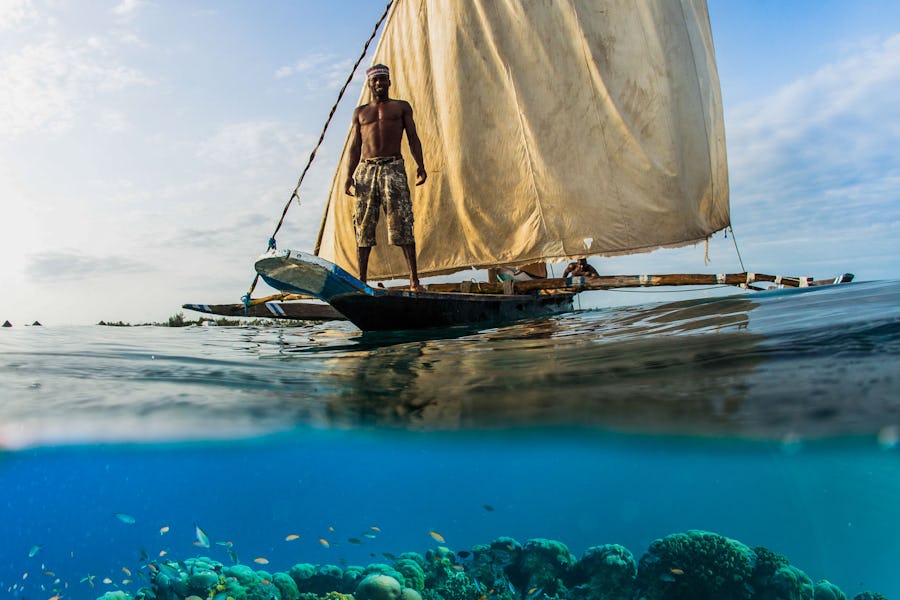 Pemba, like Mafia, is known for its diving, and there’s a good chance of bumping flippers with both bottlenose and spinner dolphins. On the west coast of the island, the sea mountains rise up creating incredible dive walls, drop-offs and rich coral gardens with Finding Nemo-esque schools of fish. If beach-lounging was more what you had in mind, you’ll find a good few sandy crescents along Pemba’s pristine coastline, and bath-tub warm waters to paddle in. 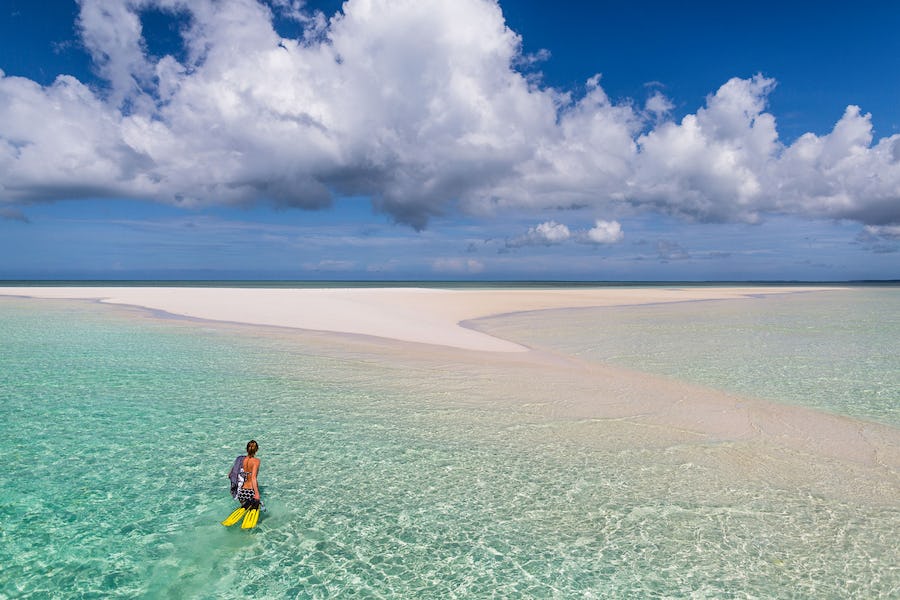 Zanzibar this is not, and the lodges are simple and rustic – and utterly fantastic. You won’t find many rose-petal filled Jacuzzis, but you will get top-notch service from some of the friendliest people on the planet, ocean-to-plate seafood, and simple, chilled-out pleasures. Tourism is still in its infancy, and the infrastructure is underdeveloped compared to the other Tanzania islands, but a couple of bumpy roads and a slightly longer flight time shouldn’t put you off.