By Colin Fernandez, Science Correspondent In Barcelona For The Daily Mail

Women unable to have children have been given new hope – after scientists created an artificial ovary.

A synthetic organ – made out of the woman’s own tissue – could be transplanted into a female left infertile due to medical treatment. She could then go on to produce eggs naturally.

The breakthrough technique is being developed to help women and girls who face chemotherapy for cancer treatment.

Chemotherapy drugs can render a woman infertile as they can destroy ovaries. 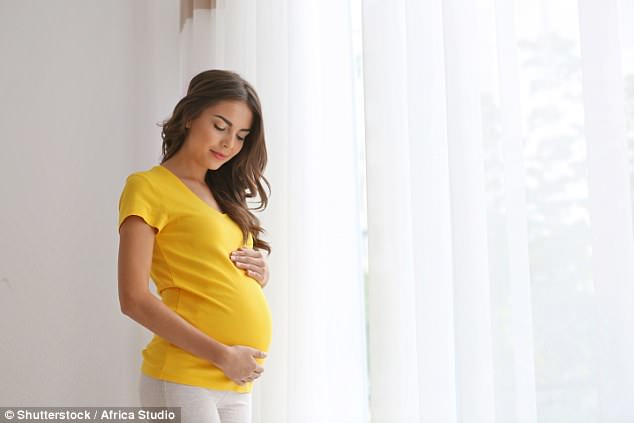 Women unable to have children have been given new hope – after scientists created an artificial ovary. Stock photo

Young girls who have not undergone puberty can be rendered sterile before their ovaries can even produce eggs.

One approach to prevent this is to freeze ovarian tissue – which produces eggs – ahead of chemo treatment and replace it afterwards.

But cancer patients risk being re-exposed to cancerous cells harboured in the removed ovarian tissue.

The new technique prevents this by stripping out all of the patients’ potentially cancerous cells from the ovarian tissue, leaving just a ‘scaffold’ – a framework of protein which no longer contains any cells, removing the chance cancer could be lurking.

The framework provides an environment for the patient’s ovarian early-stage follicles – which can go on to generate hundreds of eggs – to grow.

It can then be grafted into the patient’s body and go on to allow a woman to produce eggs naturally each month.

The experiments will be unveiled today by Dr Susanne Pors from the Rigshospitalet Laboratory of Reproductive Biology in Copenhagen at the European Society for Human Reproduction and Embryology (ESHRE) conference in Barcelona.

Dr Pors said the artificial ovary technique allowed human eggs to develop ‘in a tissue bed which is free of malignancies’ in the laboratory.

She added: ‘This is the first time that isolated human follicles have survived in a decellularised human scaffold, and, as a proof-of-concept, it could offer a new strategy in fertility preservation without risk of malignant cell re-occurrence.’

In further experiments on mice, she said they found that the ovarian cells were ‘successfully repopulating’.

Successful trials in humans are expected to be carried out within five years. Dr Pors said the risk of recurring malignancy from frozen tissue was ‘real’, especially for patients with leukaemia and ovarian cancers, although the risk from other cancers is much lower.

Dr Stuart Lavery, of Imperial College, and spokesman for the British Fertility Society said the technique had ‘dramatic potential’.

And Dr Gillian Lockwood, director of Midland Fertility Services, said the treatment could also prevent cancer patients facing premature menopause because their ovarian cells had been destroyed by chemotherapy.