“Recent inter-communal tensions in eastern Chad opposing nomadic herders and sedentary farmers, as well as the attacks against villages in the Central African Republic…remind us of the urgency of addressing the issue of pastoralism and transhumance”, said François Louncény Fall, referring to the traditional practice of moving livestock from one grazing area to another on a seasonal basis, which has been a persistent source of conflict in the region.

On a more positive note, the UN Special Representative and Head of the Regional Office for Central Africa (UNOCA) said he was “pleased” that the issue is “receiving increasing attention in Central Africa” and welcomed a draft regulation instrument on pastoralism and transhumance from a 27-28 May workshop in Kinshasa.

He reminded the Council that the UN Standing Advisory Committee on Security Questions in Central Africa (UNSAC) remains “the primary platform” where the Economic Community of Central African States (ECCAS) meet to discuss peace and security issues and recommends actions to address threats to regional stability. 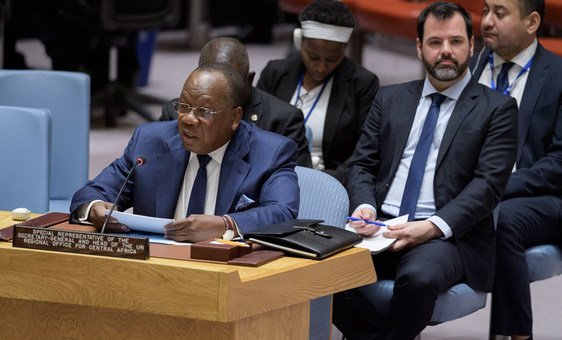 Given the inter-regional dimension of the tensions, Mr. Fall made assurances that “UNOCA will continue to support ECCAS efforts in this area” and work with the UN Office for West Africa and the Sahel, “to promote cooperation and exchange of good practices between Central, East and West Africa on the issue”.

The UNOCA chief said that on 31 May, UNSAC noted the positive impact of the Democratic Republic of the Congo’s elections at the end of last year that have “enabled the country to experience a peaceful alternation of power”.

“They also welcomed the signing of the Political Agreement for Peace and Reconciliation in the Central African Republic (CAR)” and expressed support for completely lifting the arms embargo. Furthermore, they took note of Cameroon’s efforts to find “a lasting solution to the crisis in the North-West and South-West regions and encouraged the Government to pursue dialogue to that end”.

Since his last briefing, Mr. Fall reported that ECCAS “has made noticeable progress” on its reform process, that he said should help transform it into “a more effective organization for regional integration, conflict prevention and resolution, as well as peacebuilding”.

According to the Special Representative, the reform should also provide the organization with “a more adequate mandate” as well as tools and the means to carry it out.

“I appeal to ECCAS member States to enhance their support to this process…for the benefit of regional peace, stability and integration”, Mr. Fall concluded.

Nile Explorer Did you know? ♦ It is the tallest END_OF_DOCUMENT_TOKEN_TO_BE_REPLACED