While peace and justice stalls, South Sudan’s internally displaced are finding their own solutions.

Juba, South Sudan – Squatting on a thin black mattress, Nyawech Both Nien rubs her scarred arm, still bruised after a mass brawl over water, the most basic need inside this camp for internally displaced people (IDPs).

“I’d put three jerry cans to keep my place in the line, but the water came very late that night,” said the 28-year-old, one of the 40,000 residents at the Protection of Civilians Camp (POC3) on the edge of South Sudan’s riverside capital, Juba.

“When my turn came, I put my cans but other women started arguing with me, asking why I had more cans than other people,” she added.

“We started fighting, I was very angry and I hit someone. That’s when the security came and started thrashing us – everyone got a lashing to stop us from fighting.”

The next day, Nien was summoned to appear before the “bench court” – a lower court composed of seven judges drawn from each section of the camp and three observers from a local legal NGO – to account for her actions.

With South Sudan’s state and customary institutions of justice damaged by years of civil war, the citizens of the world’s youngest nation have little recourse – and some, like the POC3 residents, have created their own, alternative court system to resolve their problems.

“I tried to explain to the judges I was fighting for myself and my family,” said Nien, a mother of two who lives under one roof with 25 of her relatives who fled the frequent raids on their village in Bor, Jonglei state.

“We are a big family and we need the water, but the court told me I have to pay a fine.”

Established in 2016, the camp’s lower court deals with commonplace disputes, such as fights over water, domestic violence and petty theft.

The judges are all IDPs who live in the POC3. They are nominated by the camp’s other residents and serve as unpaid volunteers for a one-year term, which can be extended if the community decides to do so. Most of the judges are people who, before their displacement, served as community leaders or worked as legal practitioners in different areas across South Sudan.

The punishments meted out to those found guilty range from being ordered to do community service and pay a fine to provide maintenance or compensation to a wronged person.

In some cases, when the court’s rulings or penalties are defied, the accused is recalled to court. If the judgement is ignored, the case is referred to POC3’s High Court and United Nations mission in South Sudan (UNMISS), which established the camp, for further disciplinary action.

William Ruach, the head magistrate, said the court has been essential in maintaining order.

“Without this court, we’d have very many conflicts among ourselves, but because of this court we are controlling ourselves,” he told Al Jazeera after presiding over a case of alleged theft of money between the children of two families.

“Whenever they [people] come here, we can talk and find an option to resolve the conflict or the issue that may lead a community to fight,” he said.

Supported by UNMISS, reviled by the state

If the lower court fails to resolve a dispute or a case is beyond its scope, the matter is referred to the High Court that receives support from the UNMISS peacekeepers.

The high court is composed of seven judges – also POC3 residents – who adjudicate over matters referred by the lower court or more serious crimes such as assault and sexual violence which are then referred by UNMISS to South Sudan’s national police and justice system.

On several occasions, the South Sudanese government has called for the closure of the POC3, alleging that high levels of crime and lawlessness in the camp are the primary cause of Juba’s instability.

But the camp’s residents have resisted the move.

“UNMISS supports community leaders in resolving conflicts that might develop within the sites through mediation and other community-based responses,” she told Al Jazeera

“When these efforts fail or a situation is not suitable for mediation, for example, it is potentially a serious crime, the Mission steps in to ensure there is an appropriate response, including possible referral to national authorities.”

But maintaining order is a big challenge for UNMISS, leaving internally displaced people such as Nien wishing that there was greater peacekeeping presence to prevent arguments from escalating into brawls and camp residents being left vulnerable to thieves.

“It is not good for us to fetch water at night, there are many things that can happen to women and I wish the UNMISS could help us more,” said Nien.

“The bench court can only talk to people afterwards, but it cannot stop bad things from happening.”

A necessary step to peace

Through five years of conflict between forces loyal to President Salva Kiir and his former deputy and rebel leader Riek Machar, the South Sudanese have seen little remedy for the grave human rights violations and war crimes both warring sides are accused of.

In 2015, Kiir and Machar signed a peace agreement which mandated, among others, the establishment of a hybrid court made up of South Sudanese and other African judges and prosecutors to try special crimes against civilians. Yet, the institution is not yet operational.

Ongoing regional mediation attempts to bring an end to South Sudan’s ruinous civil war have called for the establishment of a stronger justice system as a condition for peace but, thus far, progress has been slow.

Former judge, Rebecca Chatiyem Nyadir, 61, who fled door-to-door killings in Malakal, Upper Nile State, has lived in POC3 since the war broke out in December 2013.

Earlier this year, Nyadir became the first female judge nominated by the community to the camp’s High Court.

She believes a commitment to justice is a necessary element for building peace in South Sudan, which declared independence from Sudan in 2011.

“Women are also the basis of solving the problems in this community [POC3] and if they were included more it might be better,” she told Al Jazeera.

“In South Sudan, the system has collapsed and women are the ones who are suffering because of this – they are in forced situations and living with violence because the concept of justice is not there.

“We want peace and we want justice, but the problem is the people who are making the problem are also in power. If justice can be applied, then the international community must help us in building the structures that we have like the special court,” she added.

“It will help us in the healing of the country,” Nyadir told Al Jazeera.

With over a third of its 12 million population displaced by war and the African Union Commission yet to establish the hybrid court, holding those responsible for grave abuses to account seems a distant reality.

Until then, South Sudan’s ordinary citizens may still have to rely on their own everyday solutions to hold their own to account for some time to come.

This report was made possible through a reporting fellowship from the International Women’s Media Foundation (IWMF). 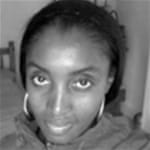 Tendai Marima is a freelance journalist currently based in Southern Africa. She holds a doctorate in Comparative Literature and is currently working on post-doctoral research on literary representations of African women in the colonial era.