The Extinction Business: South Africa’s ‘Lion’ Bone Trade is an investigative report by EMS Foundation and Ban Animal Trading that reveals startling and alarming factors that have a significant negative impact on worldwide big cat conservation. There is an evil network of traffickers and farmers who are using loopholes in CITES regulation, corrupt and slack government officials and a friendly wildlife trading environment in range states such as South Africa and markets in the Far East to enrich themselves and drive wild big cat populations to extinction.

The recent doubling of the annual South African lion bone export quota to 1,500 skeletons (from 800 last year) on the back of an interim study by a pro-trade economist, and the lack of transparency from both government and from the industry players themselves, makes this report essential reading. This post is a short summary of the 122-page report, and we recommend that you download the full report here.

Lion waiting to be slaughtered for his bones © EMS Foundation

The report suggests that the South African government’s strong support of this abusive industry, that has strong links with international criminal networks (including drugs, weapons, cars, prostitutes and human trafficking), fuels the demise of wild big cat populations by providing a legal channel for the trafficking of illegal big cat parts. Unchecked demand for tiger parts is seriously threatening the survival of wild tigers as well as leopards, snow leopards, clouded leopards, lions and jaguars – all of which are killed and traded illegally and sold to consumers as tiger. Tiger bones are used to make tiger ‘tonic’ wine, and other pseudo-medicinal and status products. Lion bones are now in some cases being valued above tiger bones.

The report goes on to question why the South African authorities seem to believe that this abhorrent and destructive industry is a sustainable and ethical option, when quite clearly this is not the case. There has been a tsunami of domestic and international criticism against South Africa, both locally and globally, with many conservation bodies, scientists and NGOs affirming that the government’s unfettered support for this globally rogue predator breeding industry cannot be supported scientifically or from a tourism, conservation, ethical or welfare perspective.

There is no information in the public domain about how the lion bone industry works, a situation which needs to change. When the original bone export quota was legislated in South Africa, the authorities claimed the bone industry was merely a by-product of the trophy/canned hunting industry, and yet this report finds that 91% of the skeletons exported included skulls, and were therefore not sourced from hunters (who keep the skull as part of the trophy). Contrary to government claims, big cats are being commercially bred specifically for their bones, and lion mass slaughterhouses are now part and parcel of the industry. Also, since 2016 there has been a dramatic increase in poaching of big cats from captive environments in South Africa.

The report also highlights that the CITES permitting and enforcement process has substantial loopholes and management shortcoming that enable illegal wildlife trafficking. The report also suggests that South African CITES officials are issuing export certificates to known criminal syndicates. Amongst other shocking revelations, the report noted an average weight of 17,6 kg to 20,5 kg per lion for the skeletons exported – more than double the weight (9kg) of an average lion skeleton. In other words, the quota of 1,500 skeletons is more than likely being exceeded via the legal CITES channels because no weight quota has been implemented. 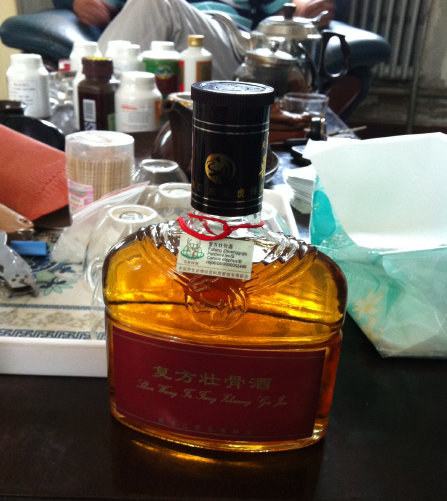 In short, the shady and poorly-managed legal trade in lion bones is fuelling the illegal trade in big cat bones by providing laundering opportunities. This overlap and merging of legal and illegal trade in wildlife parts is a toxic mix, when combined with poor management by the South African authorities and CITES loopholes. The revenue loss to the South African tourism industry is likely to be many times more than the value of revenue generated by this abhorrent industry – making this entire situation bizarre.

This thorough and detailed report recommends a zero quota for big cat body parts, a restriction of the keeping and breeding of big cats and improvement in animal welfare legislation. It also requests a forensic investigation and financial tracking of the industry, a stakeholder meeting to address the dismantling of the captive big cat industry and co-operation between the South African government and other relevant governments to dismantle international criminal networks. There is also a call to address CITES permitting and enforcement shortcomings and for more transparency as regards these CITES processes.

Please download this report and invest your time in reading it. Keep the passion. 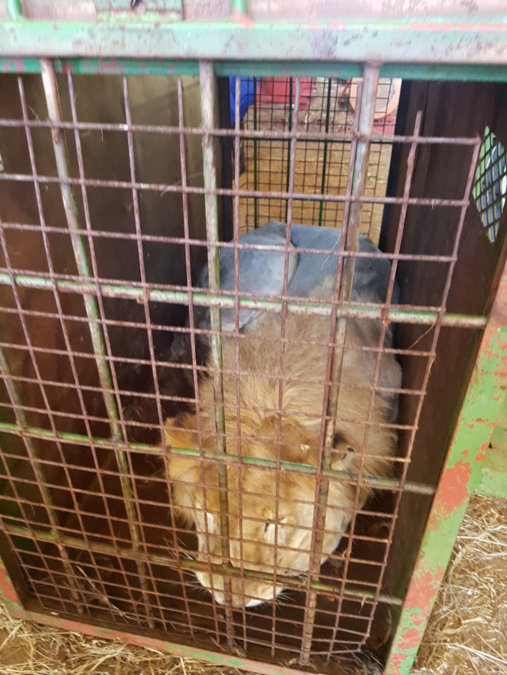 A miserable lion waits to be killed for its bones at the Wag’n Bietjie farm in the Free State, South Africa. Lions were held in very small crate for days before being slaughtered © Netwerk24 / EMS Foundation

Simon Espley is an African of the digital tribe, a chartered accountant and CEO of Africa Geographic. His travels in Africa are in search of wilderness, real people with interesting stories and elusive birds. He lives in Cape Town with his wife Lizz and 2 Jack Russells, and when not travelling or working he will be on his mountain bike somewhere out there. His motto is “Live for now, have fun, be good, tread lightly and respect others. And embrace change”. The views expressed in his posts are his own. Connect with him on LinkedIn and follow him on Twitter.