This is it, the busiest safari season on the African calendar – and for good reason. Wildlife sightings are reaching their peak, and the northern hemisphere vacation season is upon us. National parks and wildlife reserves have been booked out months and even years in advance and prices are at their highest. Forget discounts or last-minute deals, this is when lodges and hotels make their profits.

Temperatures and humidity levels have dropped considerably from the highs of the rainy summer season, and the dark hours can be chilly – especially if you are near bodies of water and at higher altitudes. Remember to pack those scarves, gloves and beanies for the game drives. Read this article for a more complete safari packing list and this article for more about the seasons in Africa.

From mid-morning and most of the daylight hours, short sleeves are the norm, with comfortable daytime temperatures in the mid to late twenties (Celsius). Many of those pesky mosquitoes and other insects have largely disappeared, and although the risk of malaria is lower during the cool dry months, we recommend that you still take precautionary prophylaxis during this period.

The lack of rain and seasonal ground water sources means that animals gather at permanent water sources such as perennial rivers, dams and deep pools. Many species such as elephant, buffalo, wildebeest and zebra that fan out during the wet months into the vast remote backcountry have now returned to areas nearby the tourism lodges – bringing the predators with them.  This concentration of wildlife near water sources makes their movements more predictable, meaning that your guide will have an easier time finding them for you. Added to that is that many trees and shrubs have lost their leaves and grasses have dried up into stalks – so it’s a lot easier to see animals than during the lush rainy season.

Of course, there will be exceptions to these seasonal norms – including Cape Town and the Garden Route, where the Mediterranean climate brings wet and cold weather in August (although at time of writing this area is experiencing a severe drought).

Places to consider for your August safari:

August is a great time to visit the Greater Kruger National Park in South Africa, for all of the above reasons. But be aware that although the local school holidays are over, there is an influx of international visitors at this time of year. To escape the crowds, we recommend the private reserves on the western edge of the park, where privacy adds to the experience, and excellent guiding increases your chances of spotting the Big 5 (lions, leopards, elephants, rhinos and buffalos).

Also in South Africa, we also highly recommend a safari to Madikwe Game Reserve in August. Not only is this a malaria-free area, it is also an excellent place to spot the Big 5 and other sought-after species such as cheetahs, wild dogs and brown hyenas.

August is also a great time to visit just about anywhere in Botswana. The annual floodwaters have flooded into the Okavango Delta from their origin in the Angolan highlands, and this water wonderland is buzzing with life. Seasonal water sources from rain season downpours throughout Botswana have dried up and wildlife congregates at permanent water sources such as the Chobe River and perennial rivers feeding the northern floodplains.

In Zambia,  it’s leopard-central at the Luangwa Valley and Kafue National Park is also in full safari mode. The seasonal bush camps of South Luangwa National Park are a particular treat for seasoned safari-goers and walking safari enthusiasts.

The Zimbabwe safari season is also in full swing now, with Hwange National Park attracting large numbers of elephants, lions and other species that are attracted to the pumped water and Mana Pools National Park providing some of the best elephant and wild dog encounters on foot.

And then there is Victoria Falls on both the Zambian and Zimbabwean sides, open for business throughout the year, and a must for any serious Africa-fanatic. 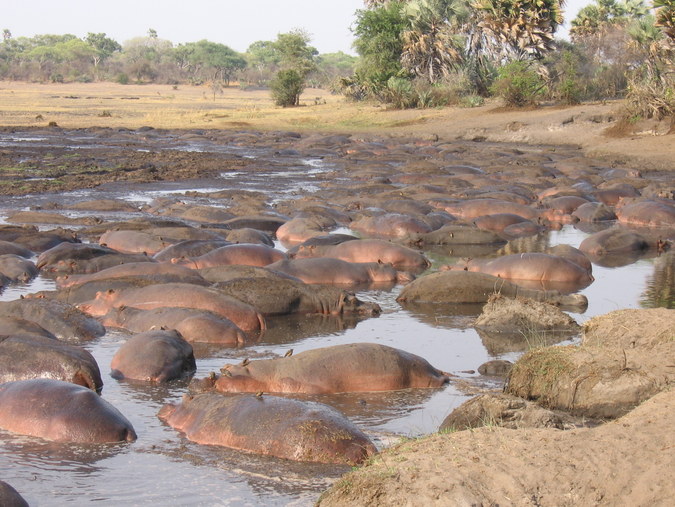 August sees the Great Wildebeest Migration in the northern Serengeti National Park in Tanzania, and facing their biggest challenge yet: the Mara River. This fast-moving river flows through Kenya’s Maasai Mara National Reserve and into the Serengeti. And while the gushing murky waters are captivating, they are also possibly responsible for the largest death toll en-route, killing many thousands of wildebeest. Sometimes the herds plunge en-masse off steep banks in their desperate attempts to get across the river, or after being spooked by lions, and the fall alone will kill many individuals. Others drown as they are crushed by the sheer volume of panicking wildebeest trying to scramble up the equally steep banks on the other side. Every death means dinner for crocodiles, birds and fish – such is nature’s bounty. And amidst the panic, the dust and the noise, the big cats and hyenas pick off the stragglers and the injured.

Be warned that aside from the massive herds, the river crossings also attract large volumes of tourists, who congregate at strategic points to witness this spectacle. There is no class system here, as privately-guided wealthy couples in open Land Rovers jostle for the best views with budget back-packers crammed into mini-vans with pop-up roofs. Click here for a month-by-month description of this, the greatest show on Earth. 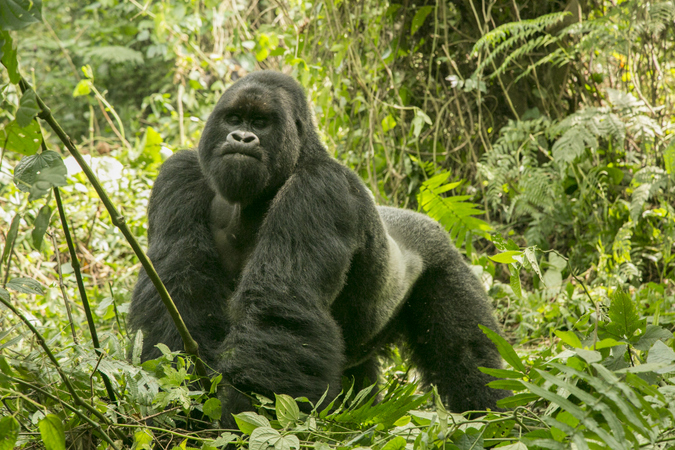 For lowland gorilla trekking, head out to Odzala-Kokoua National Park in Congo and take advantage of the dry season to tick of these gentle giants plus other specials such as bongos, forest buffalos and forest elephants.

For bird-watchers, August is a time of plenty in Uganda and Rwanda. The short rains have ended and Albertine Rift endemics are there to be ticked off. Highly sought-after avian jewels such as green broadbill and green-breasted pitta are breeding and easier to locate. 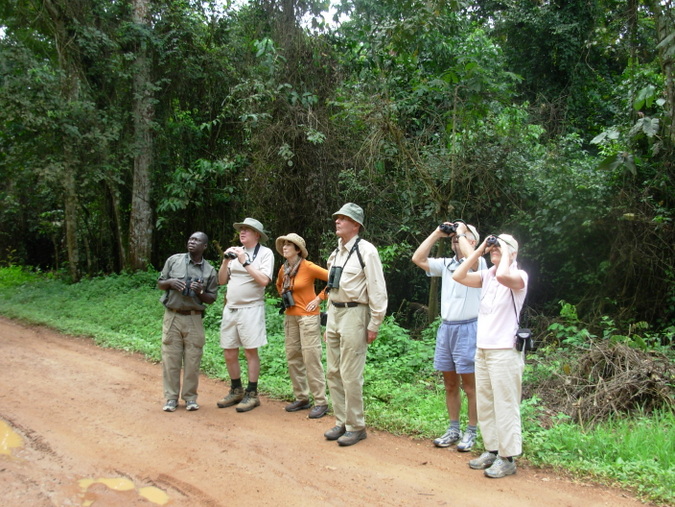