Under-pressure Mourinho fights for his future

Rocked by their worst start to a Premier League season for 26 years, Manchester United head to Burnley this weekend with Jose Mourinho’s future as manager firmly in the spotlight.

Across Manchester, City have no such worries as the champions host Newcastle in a 10th-anniversary celebration of the transformative takeover by their Abu Dhabi-based owners.

Beset by mounting problems on and off the pitch, Mourinho is in danger of another acrimonious third-season departure to go with his sour exits from Chelsea and Real Madrid.

He is battling to avoid the sack after a turbulent period marred by rumours of a rocky relationship with United star Paul Pogba and a transfer squabble between the Portuguese coach and executive vice-chairman Ed Woodward.

United’s second-half collapse in their 3-0 defeat against Tottenham on Monday — the worst home loss of Mourinho’s career — was a huge blow, coming hot on the heels of their 3-2 setback at Brighton.

Mourinho insists he retains the support of United’s fans, who have reportedly hired a plane to fly over Burnley’s stadium bearing a message criticising Woodward and owners the Glazer family.

However, several reports claim Mourinho’s squad believe he will be sacked if they lose at Burnley and it will be fascinating to see if they put up a fight to keep a manager maligned for his negative tactics and moody demeanour.

“It won’t be easy, but it’s just the start of the season. I prefer to start badly and end well than start well and finish badly,” Pogba said.

After 22 years with Arsene Wenger calling the shots, Arsenal are still adjusting to the Unai Emery era as they head to Cardiff on Sunday.

Beaten by Manchester City and Chelsea in their opening two games under Emery, Arsenal finally got off the mark with a 3-1 victory against West Ham last weekend.

But Emery’s maiden success in the Premier League did not erase the feeling there will be more teething problems to come, even after he reportedly banned fruit juice from the training ground menu.

Arsenal could easily have lost to West Ham after their creaky defence was breached on numerous occasions.

And Emery had to refute a report he has fallen out with Mesut Ozil, who did not feature last week, after the German midfielder struggled to adapt to his high-tempo pressing game.

Arsenal defender Hector Bellerin remains optimistic, saying: “We had two tough games to start after lots of changes at the club. We knew it was a question of time, a question of scoring the chances that we had.”

Ten years after Sheikh Mansour’s generation-defining takeover of Manchester City, the champions will aim to get back on track by staging an anniversary party against Newcastle on Saturday.

City looked as good as ever in their opening two wins of the season but a 1-1 draw at Wolverhampton last week exposed a few faultlines in Guardiola’s previously flawless gameplan.

With Belgium midfielder Kevin De Bruyne sidelined for up to three months with a knee injury, City lacked their usual verve in central areas and Wolves were able to take advantage, punishing mistakes to take the lead before Aymeric Laporte’s equaliser spared the visitors’ blushes.

Manuel Pellegrini — whose team are rooted to the foot of the table after three successive defeats — has presided over the worst start by a West Ham boss since Avram Grant lost his opening four league games of the 2010-11 season.

The Chilean brought in nine new players after taking charge at the London Stadium and Pellegrini’s team played like strangers in their opening two defeats against Liverpool and Bournemouth.

There was encouragement in the loss at Arsenal as West Ham created a host of chances before losing 3-1.

But, with Hammers fans already miserable after last season’s struggles, a defeat at home to promoted Wolves would set alarm bells ringing for Pellegrini.

11 Cancer Symptoms You Are Probably IgnoringActivefeel

The Real Way to Get The Cheapest FlightsTrips Shop

Top 24 Very Beautiful And Very Dangerous Places On The PlanetThebest1.xyz

This Woman Reads 100 Books A MonthBlinkist

Immigrating to Canada is no longer a dream!Canadian Visa Expert

Top 20 Of The Most Luxurious Beaches In The WorldBest-journal.xyz

Top 10 of the Smartest AnimalsThe-Best-Top 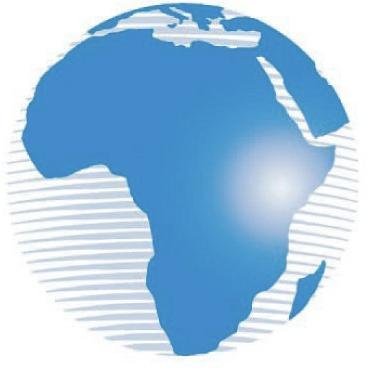 Decision on Sanchez in 48 hours

This is the easiest way to move to America!Usafis

How the green card can improve your life?Usafis

You are one step away from your green card application!Usafis

Under-pressure Mourinho fights for his future

How Sanchez can lift Mourinho’s mood at Man United

Kipruto wins race with one shoe

How the British lost their place in Kenya

BRIDE-TO-BE: I wonder if I’m ready to be a wife

Get Breaking News Delivered to your Inbox 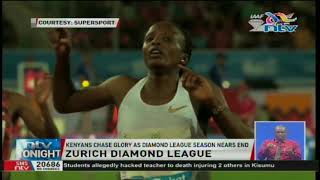 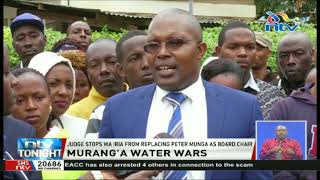 AldoAjouDengAkuey-comments!!! ” Democracy, once it escapes from its legal custody, END_OF_DOCUMENT_TOKEN_TO_BE_REPLACED